The Best 5 Fishing Destinations in the Americas

Fishing in the Americas is prized not only due to the abundance of fish off both the Atlantic and the Pacific coasts, but also due to the variety fishing that can be found, reeling in anglers from all over the world. Here we have shortlisted a few of the leading locations that are revered as top class fishing destinations that can be visited on a yachting charter.

When to go: Year-round 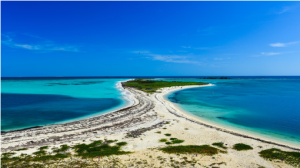 A year round destination, Key West has long been known by recreational anglers as a paradise for fishing. The Florida Keys is a coral archipelago stretching far into the Gulf of Mexico and Atlantic Ocean, providing numerous launch points to some of the most diverse and productive salt waters in North America. Key West is at the tip of this archipelago and is considered the gateway to a variety of fishing grounds where you can find blue water, reefs and flats all easily accessible and heavily stocked. Off-shore fishing benefit from being situated right next to the gulf stream allowing the likes of blue and white marlin, sailfish and swordfish to be found in the warmer waters. Alternatively, fishing in the “backcountry”, the shallow flat sea behind the archipelago, offers exciting fishing for bonefish and tarpon.

When to Go: September to early November 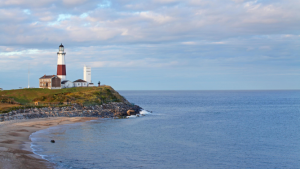 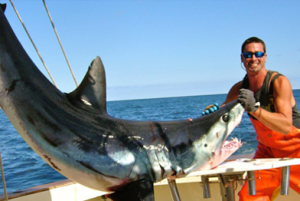 The stretch between Montauk and Martha’s Vineyard has a long maritime history and this is reflected in its fishing. Although the season is short, it certainly cannot be underestimated. Hundreds of predators can be seen and caught and the area is known for its impressive ‘boiling sea’ of a bass feeding frenzy. Large bluefin tuna, false albacore and fluke can also be frequently fished for as well as numerous sharks, with the area having inspired the film ‘Jaws’. The islands north of Montauk are also ideal for those cruising on a yacht with a rich history and strong maritime culture to explore. This can be seen in the old whaling island of Nantucket and in Provincetown where the Mayflower is thought to have originally landed.

When to Go: Year-round (but recommended March – July to avoid hurricanes) 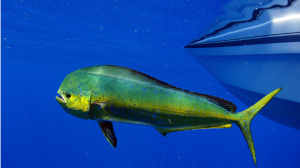 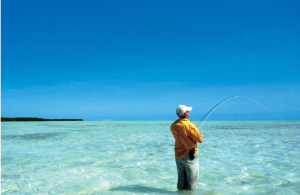 “There is no bad time to go” says the saying, and they are right as the Bahamas is idealised for its crystal waters and pristine beaches. The islands are also arguably the home of big game fishing with the waters around the islands holding some large species — including marlin, tuna, mahi-mahi, and sailfish. Whether you’re a first-timer casting a line from a pier or a deep-sea fanatic eager to beat one of the over 50 world records set here, the Bahamian waters are full of fish—bonefish in saltwater flats, prized marlin in the deep seas. Deep seas are easily accessible a short distance the other side of the reef, equally the expansive are of flats are home to tarpon, permit and the prized bonefish.

When to Go: Year-round 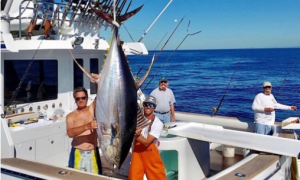 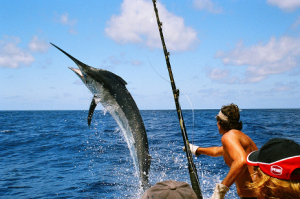 Cabo San Lucas sits at the southern tip of the Baja peninsula in Mexico has been proudly nicknamed the “marine capital of the world”. If you enjoy sportfishing then an experience here will certainly get the heart racing as the steep underwater canyons close to the shore attract the large pelagic predators. The area has a strict catch and release policy, which has helped to boost the population of Marlin. The warm climate and rugged coastline also makes for a scenic and relaxing destination to travel by yacht in an area teeming with wildlife.

Best time to Go: Year-round but best for billfish is May to October 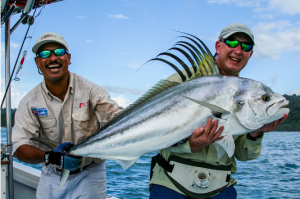 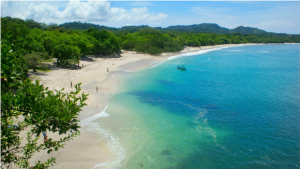 Both the Pacific and Caribbean coasts of Costa Rica boasts excellent fishing for all types: sport fishing, freshwater fishing and inshore fishing. 95 world records have been set in Costa Rica’s inland and coastal waters, making it recognized as one of the top sportfishing destinations worldwide. If on a yacht, the pacific coast offers an abundance of species including dorado, tuna, wahoo, marlin, roosterfish, snapper and more. Costa Rica strongly believes in the preservation of its fishing resources and encourage all billfish and non-edible fish to be released. The country is also beautiful to travel with thick rainforests and tropical waters guaranteeing a spectacular experience.