The Un-populated Islands of Greece 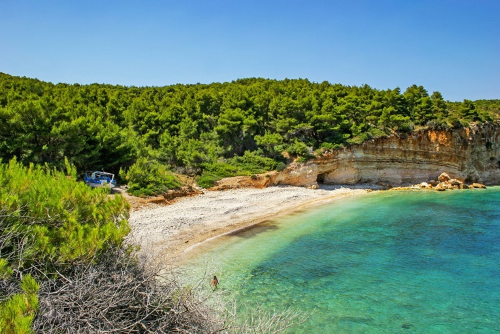 The world is experiencing the pressures of Covid-19, and an un-populated and idyllic break is becoming a more frequently sought after luxury getaway. With the present-day desire for personal space, Greece provides 6000 islands to explore of which only 227 are inhabited. As a general rule, quieter destinations tend to be harder to reach, creating the ideal situation for a yacht charter holiday which has no restrictions to island accessibility. However, quiet doesn’t necessarily mean small. Some of the quietest island destinations in Greece are also some of the largest. Even on popular islands blessed with great beaches, summer tourism tends to be focused in a few places, leaving the rest of the island undeveloped and ripe for exploration. Greece has an abundance of idyllic islands to choose from, however, we have highlighted what we consider the top 5 Greek islands that deliver an undisturbed atmosphere while still offering a charming and relaxing experience.

Around the world, Ikaria is most well known for being one of the six Blue Zones, where inhabitants are known to live a particularly long life. This title has brought a few more visitors to the island but it still remains a quiet yachting destination, particularly in September and October. Throughout Greece, Ikaria is synonymous with dancing and local festivities, with a healthy traditional lifestyle and rugged landscape to explore.

Hidden in plain sight, the Cycladic island of Serifos is one of the closest islands to Athens – and yet is one of the least-known amongst tourists. Often referred to as the ‘Iron Island’, it is one of the most attractive islands in the Aegean Sea. It is located on the western part of the island cluster, making it a vista of other Cyclades Islands. Astonishingly Serifos has a coastline that stretches for 81,5 km, 12 km of which are sandy beaches and quaint coves so you can be sure to find a peaceful place to escape to. 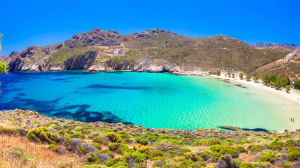 The wildest, most distant and least touristed of the inhabited Sporades, Alonnisos rises from the sea in a mountain of greenery, with hills of Aleppo pine, kermes oak, mastic and arbutus bushes, vineyards and olive and fruit trees, all threaded with perfumed patches of untamed herbs. The west and north coasts are steep and rocky, while the east is speckled with seductive aquamarine bays and pebble-and-sand beaches, all of it protected by the pristine 2260-sq-km National Marine Park of Alonnisos. 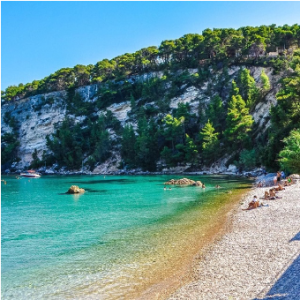 Kimolos is a beautiful little island of the Cyclades, located next to Milos. Although it sits next to one of the most popular Greek islands, it manages to keep its unspoiled charm and only has a population of around 400 people. The locals adore their homeland and are welcoming in their approach to visitors. The island prides itself on its natural beauty and is home to amazing beaches, crystal clear waters and picturesque architecture.

Only a short distance from Kimolos, the island of Polyaigos is the largest uninhabited island in the Aegean Sea. It is one of the most beautiful destinations and blissful to visit by yacht with numerous pristine beaches and emerald waters. As the island is uninhabited there are not many sights of interest other than the wildlife and soaking up the sceneries of nature. It has been declared an area of outstanding natural beauty and an important natural place of the Mediterranean Monk seal conservation. 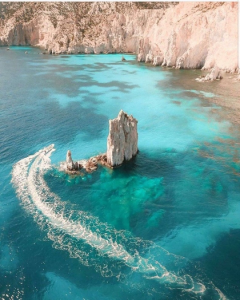 Located in the north of Greece’s Dodecanese islands, Patmos has been inhabited since 3,000 BC, but the identity of its first inhabitants is still unknown. Full of religious culture, Apostle John came to Patmos, exiled by the Romans and conveyed the inhabitants to Christianity also writing the Book of Revelation, the Apocalypse. Patmos has since become a place of worshipping and pilgrimage and due to its spiritual character, the island plays host to many religious festivals and feasts throughout the year. Despite its renown religious connections the island maintains a tranquil and quiet way of life avoiding much of the summer tourism. Chora is the island’s capital and one of the most picturesque villages of Patmos. It boasts traditional architecture, and is full of whitewashed houses, narrow paved alleys and has a wonderful view of the Aegean Sea. Exploring the island by yacht, the island’s beaches are secluded, thus perfect for those who seek a private break. 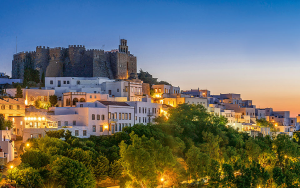