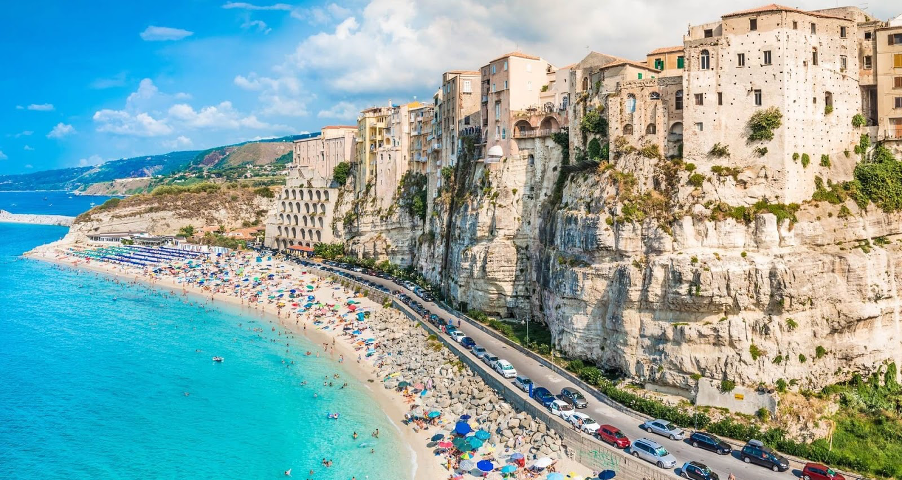 Sicily and the Southern stretch of Italy’s western coast is often overshadowed by the popular Amalfi Coast and Sardinia, but it contains some of the country’s best beaches and historic cities that can be visited by yacht. We have chosen to share five of the best locations that southern Italy has to offer, all of which are overflowing with authentic Italian charm and beautiful scenery:

Deep in Calabria, Tropea doesn’t get nearly the attention it deserves. Pristine white beaches are among the cleanest and best in Italy. Dramatic rock formations, cliffs, coves, and grottoes dot the coastline, holding ground against the sparkling, turquoise sea. Set high above Tropea’s beaches on a rocky promontory is the Sanctuary of Santa Maria del’Isola, a 6th-century Benedictine monastery, and the 300-step climb is a rewarding spot to watch the sunset. With rich history and quaint restaurants the historic town centre is perfect for an evening wander. 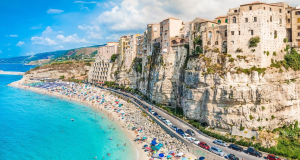 Palermo is the Sicilian capital and has been a cultural melting pot since Phoenicians and Greeks fought over it in the 5th and 6th centuries BC. With a flamboyant and feisty buzz, it is a place where souk-like markets rub up against baroque churches and Gothic palaces. The main sights include the Casa Professa, the Massimo Theatre, the Cattedrale and the maze of markets that swarm the streets and piazzas. The neighbouring Gulf of Mondello is also considered one of the top beaches in Sicily with crystal waters and white sands offering some quiet relief from the city’s energy. 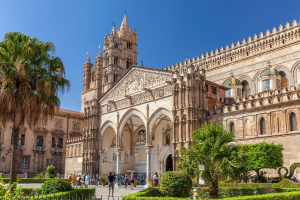 One of the Aeolian islands off the north coast of Sicily, Stromboli and its neighbouring islands were named a UNESCO World Heritage site in 2000. The island is one of the only constantly active volcanoes in the world and has been nicknamed the ‘lighthouse of the Mediterranean’ due to its constant flow of lava being clearly visible at night. For the more adventurous it is possible to hike the volcano with a guide for a closer look at the lava displays. The volcanic island has many glistening black sandy beaches to enjoy and the whitewashed houses contrast dramatically against the dark earth of the island. For all its fiery reputation, Stromboli is home to many fashionable restaurants and bars and one can easy enjoy exploring the island on foot. By yacht is also easy to access the other Aeolian islands which is all have their own individual charm and beauty. 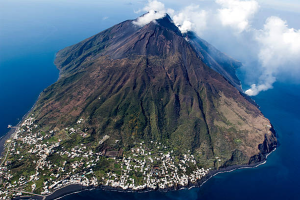 More than any other city, Syracuse encapsulates Sicily’s timeless beauty. Ancient Greek ruins rise out of lush citrus orchards, cafe tables spill onto baroque piazzas, and honey-hued medieval side streets lead down to the sparkling blue sea. It’s difficult to imagine now, but in its peak this was the largest city in the ancient world, bigger even than Athens and Corinth. Its ‘once upon a time’ begins in 734 BC, when Corinthian colonists landed on the island of Ortygia (Ortigia) and founded the settlement, setting up the mainland city four years later. Across the water from the mainland, Ortigia remains Syracuse’s most beautiful corner, a deeply atmospheric quarter with its beautiful streetscapes and attractive dining, drinking and shopping options.

This small seaside resort is frequently overlooked by tourists and holds much of its pure Italian charm. The coastline around Palinuro is lovely, and the sea is clean and inviting so it is easy to spend the day swimming and relaxing. A visit to the caves around the headland must be made, each of which has its own special reputation such as the ‘blue’ cave and the ‘blood’ grotto. The town is small and visiting by yacht gives the freedom to explore the length of the beautiful coastline either side of Palinuro and experiencing a truly authentic Italy. 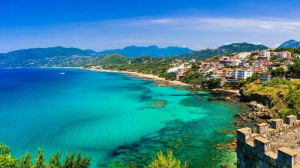